I am working on firmware for prototype of device which will use WP7700 module for cloud connectivity. Communication with MCU and WP module is going to be through UART and ORP protocol.
Since I do not have final hardware current plan is to use magoh red and communicate with it using UART on RPi connector.
I’ve configured UART1 for ORP as described in manuals. 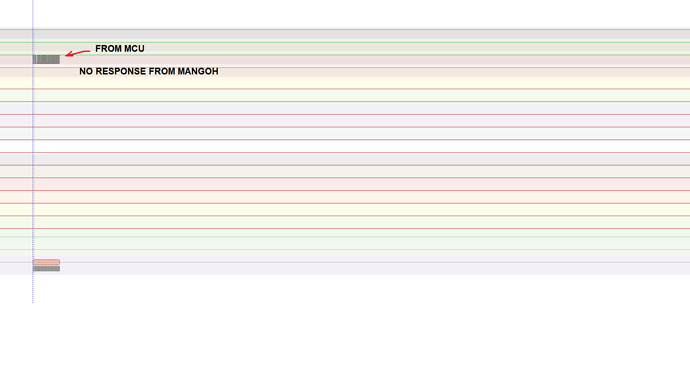 image2140×795 60.5 KB
As mentioned in other threads, directly after reboot ORP device (that is Mangoh in my case, right ?) shall send SYNC packets until either a direct response is received from the remote OR the remote sends any other valid packet. But I see nothing on MCU RX pin (output from Mangoh).
I’ve also tried reconfiguring ORP to UART2, connect mangoh to my PC using other micro USB connector (CONSOLE) and connect to newly available COM port, but there is no activity (SYNC packets) as well.

Am I doing something wrong? Are there any exact steps that should be taken to troubleshoot the issue ?

Hi @vadym.mishchuk
So on mangOH red, if you want to use the UART1 for ORP, you need an IoT card as explained in the mangOH developer guide: mangOH Red Developer's Guide [Rev4]

For UART2, I succeeded in receiving the SYNC message from the WP77/mangOH using the console port.

What is the octave FW version that is installed in your WP77 ? (legato version command AND octave version)

Hi @fdur
I was able to get SYNC messages on both ports on mangoh YELLOW, but not on RED. I just re-checked and I can’t get SYNC packets from mangoh RED UART2. Here are my legato and octave versions

Regarding UART1 signal routing, why can’t it be routed through level shifter to RPi connector ?

I see that this configuration might be done from cloud