I have a large amount of units depending on the EM7455 with a external antenna for navigation, and for the last couple of months I have encountered some difficulites that I would appreciate some tips & tricks on.

Earlier this year I startet noticing that some of the units started loosing GPS FIX when there was no reason for it to loose GPS FIX. After some investagation a got FAILCODE = 0 when running AT!GPSSTATUS?.
At this time I was running with FW version 002.026_001.

I then flashed some of the devices up to FW version 002.038_000, I have since notied that some units still randomly loss GPS FIX, but the modem now reports FAILCODE = 12 when I query AT!GPSTATUS?.

As far as I can understand failcode 12 means GPS Timeout, but in all of the incindents I have enountered there is no reason for the GPS to loose fix. When analyzing the NMEA data It clearly shows that the modem can see 12-18 SV’s.

The weird thing is that in order to obtain a GPS fix again I have to do a reboot of the computer, or run AT!RESET. After said operation, the GPS instantly start tracking again.

I uploaded the NMEA-logs to SW GNSS Tool, and this is what it looks like when I run trough the data.
This node was static, so there was no enviormental changes in the given time. 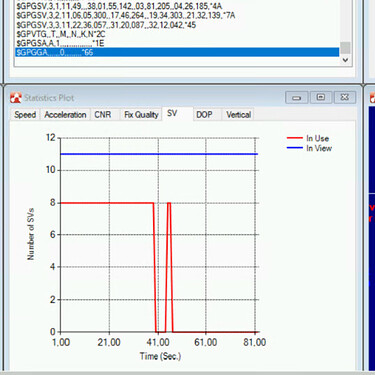 All the modems are configured with GPS to start tracking at boot, like this: AT!GPSAUTOSTART=1,1,180,50,1
Other then that they are running on stock configuration. 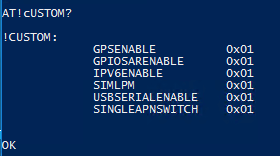 Has anyone encountered anything similar?